Mossad. First of all, thank you for joining us.

MAJOR GENERAL DANNY YATOM: Thank you very much for inviting me.

NETANEL SEMRIK: A few minutes after the launch of the new international

book, the English version, if you could share with us your emotions, your

DANNY YATOM: I'm very excited. It was a long dream to publish the book in

English and some other foreign languages. It was published in Hebrew and now,

I think, it is going to be an international book rather than an Israeli book, although

it is written, of course, by me, an Israeli. The main reason for me to write the

book and to publish it in some other languages than Hebrew --

DANNY YATOM: English, Chinese, etc. I hope that many others. The main

very long journey that we have done, but did not complete yet. For peace in the

NETANEL SEMRIK: When you are talking about closed doors, you are

emphasizing, for instance, the Israeli Mossad, the Prime Minister's office, the

offices in which the peacemaking and the war-making, the decisions were done?

DANNY YATOM: That's true. Those offices and rooms that usually the public

office of the Prime Minister, but also the rooms where we negotiated with the

Jordanians, the Palestinians, the Syrians and the Lebanese in order to try and

bring a much better situation and life to the Middle East.

NETANEL SEMRIK: And you are talking about the vision of better life. If you

would pick one story, one picture, one president, one prime minister, that you

would like that the international reader, in English or in Chinese or in Russian,

will take to his heart, what picture, what venue will you take him?

pictures - not only in the book but also in my imagination. But I think that the

served as his Military Advisor, twice. He was fully committed to serve the

interests of the State of Israel, amongst many, and one of the first ones was his

relentless efforts to try and to achieve peace with our neighbors, because being a

soldier as he was, since he was 16, he knew very well that war will not solve the

Israeli-Palestinian or the Israeli-Arab conflict.

We were engaged in too many wars with our neighbors, and Rabin said that

there should be another way than a war, and he embarked on the path of peace

Middle East that lives in peace.

NETANEL SEMRIK: Danny Yatom, I want to thank you so much for this first

step of the publishing process, and on behalf of all the team here in Contento, I

want to thank you for joining now Contento TV and thank you very much.

Starting the next phase of marketing, of promotion of the book in a variety of

DANNY YATOM: And of course I would like to thank you, Netanel, and your

wonderful team, for being so professional and doing whatever is needed and

pushing wherever it was needed in order to publish this version in English.

Thank you very much.

An interview was published in TheMarker with the publisher Netanel Semrik 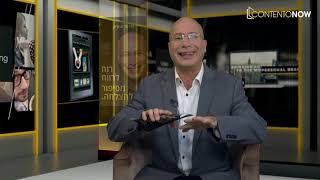 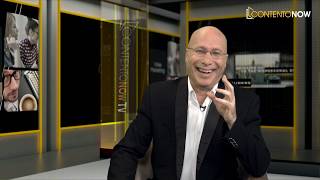 You are the bestseller of your life! 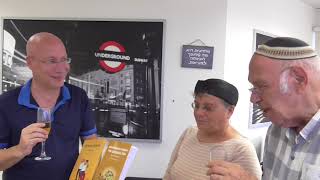 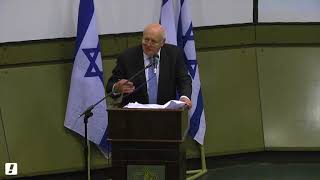 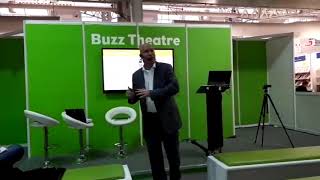 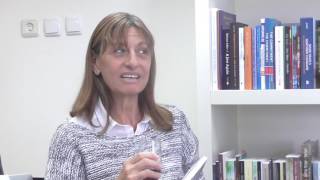